Fan bird carving is a form of folk art woodcarving practised all over Europe, often executed with nothing more than a pocket knife to while away the time. 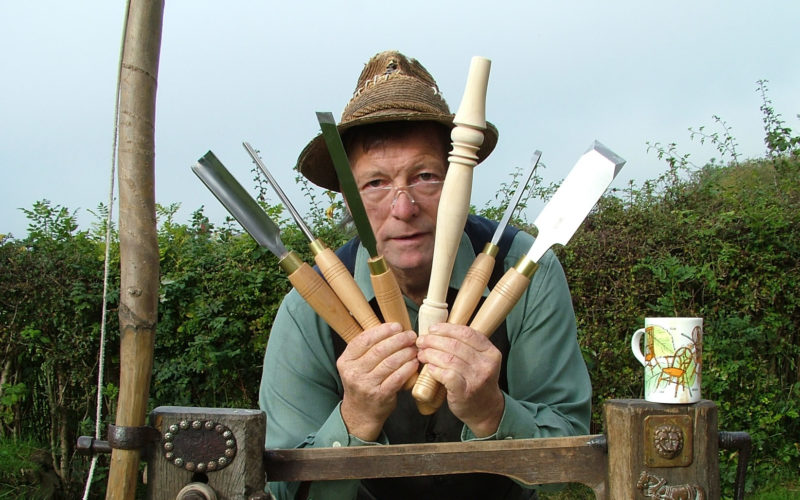 Attended by 170 guests, delegates and turners, Axminster Tool Centre hosted the Strictly Woodturning event. Similar to the BBC’s popular Strictly Come Dancing, this was a competition in which the 12 turners competed against each other at the lathe and were tasked with producing items such as a vase, goblet and lidded box in an incredibly short eight minutes. 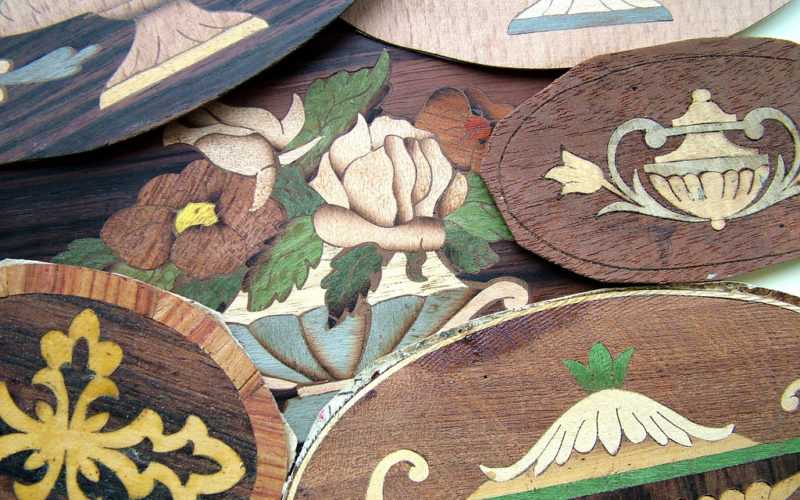 The history of marquetry, from Homer in 700 BC to marquetry in England and France in the 18th Century. Plus a handy glossary.

All lathes by their very nature rely on a revolving work piece. To capture and impart this motion, to devise and create the required force has challenged mans ingenuity back into pre-history. Man has been using the momentum provided by a spinning weight for tens of thousands of years in the form of drop spindles […] 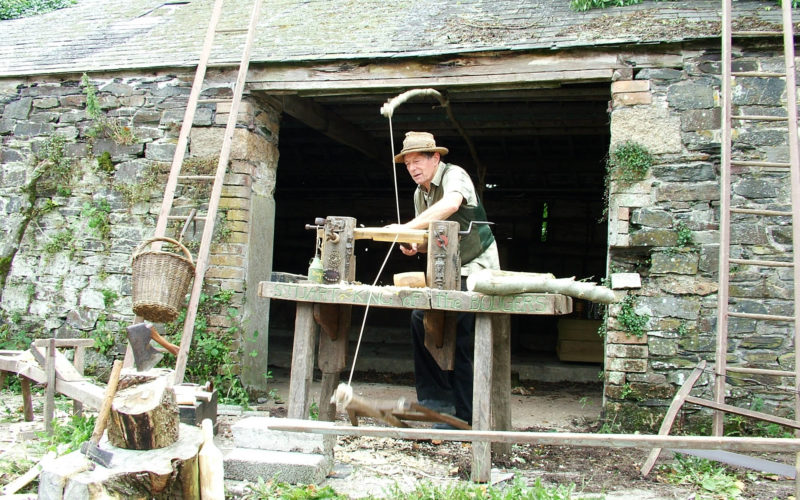 The wheel is probably man’s most important technological discovery. A Sumarian pictogram dated 3500BC is the earliest reference for the wheel. By 2000BC man was making spoked wheels yet the earliest pictorial reference we have of a wheel driven lathe seems to be from the 15th century.

From classical times man has harnessed wind and water to work heavy machinery, to relieve him of hard physical labour and to speed up production. A Roman settlement C.200AD in southern France boasted sixteen water mills for grinding corn. It may be that this form of motive power was used to drive lathes also but […]

Man has always tried to find ways of making manual tasks easier and the businessman methods to reduce manpower, speed production and lower operating costs. A good illustration of this was the manufacture of rifle butts. Hand held firearms have existed since the Middle Ages and virtually all these weapons incorporated a hand fashioned wooden […]

I left school in 1957 aged 15 years with notions of being an archaeologist or naturalist, or even a film cameraman, but with not one qualification to my name. My furniture-making farther said that I had no choice but to seek a job in the local furniture industry. There has been such an industry in […] 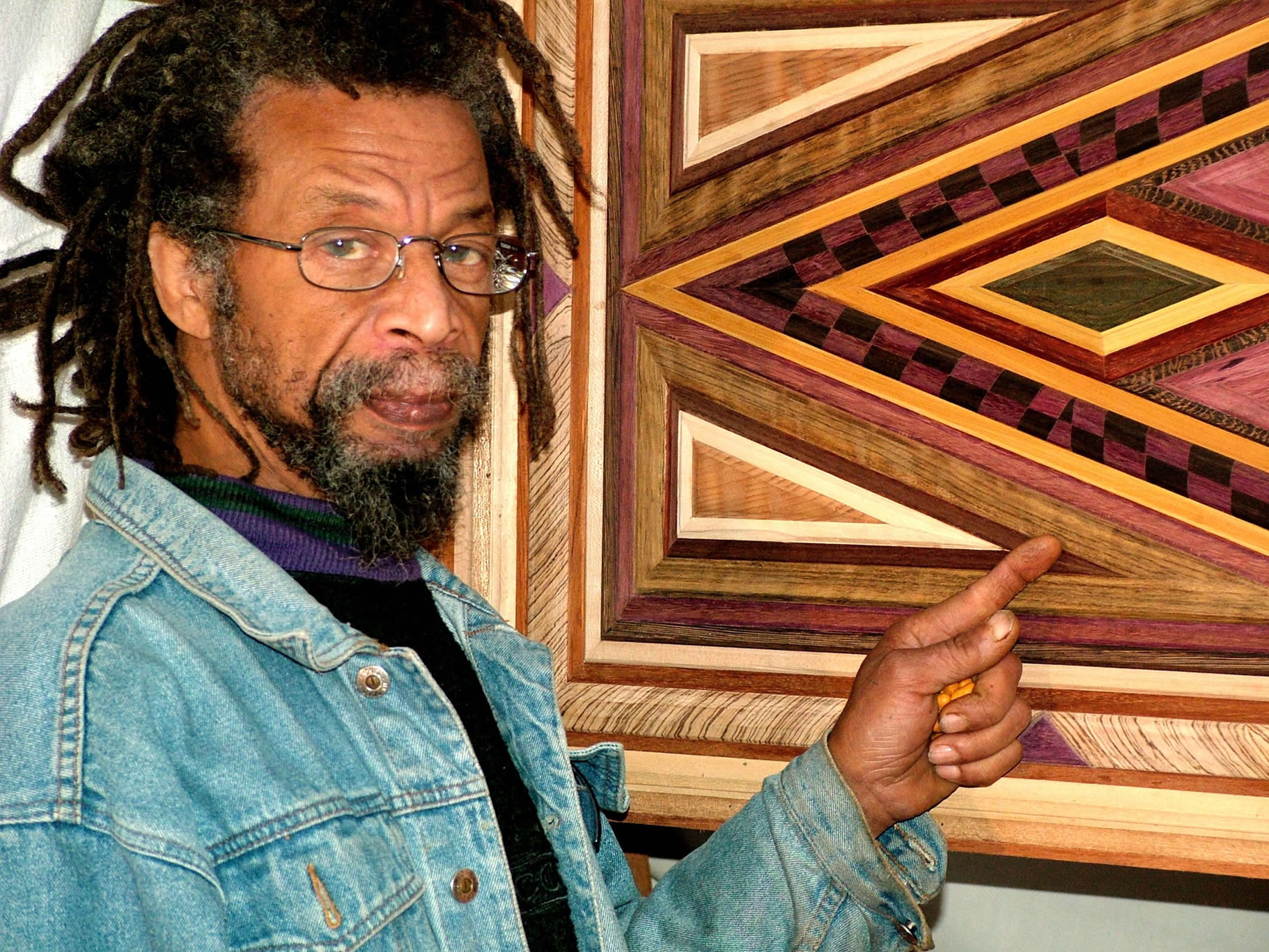 “These are my most important tools”, said my host, looking at two home made knives, one ground from a worn-out hacksaw blade, and an old ‘Surform’ rasp. I was standing in Raymond Harvey’s makeshift back-garden workshop, which reflects his general approach to his work, being a structure consisting completely of recycled materials. There, standing majestic in the […] 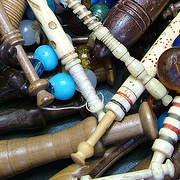 Most lace designs required the use of dozens of bobbins at any one time. This need kept many specialist bobbin turners busy through nearly five centuries.

Virtually no visitor returns from Russia without a painted wooden souvenir reflecting the traditional ‘Khokhloma’ folk art. Khokhloma ware has a very long tradition and can be traced back to both the monastic and peasant culture of the seventeenth century. The predominant materiel used in making these various decorated containers and tableware is Birch, Lime […]

In the early years of the 20th Century there were 30 chair bodgers in the vicinity of Sam’s home, serving the demands of the High Wycombe furniture trade.

There is nothing parochial about the International Turning Exchange (ITE); this is born out by the number of residents who have participated from many parts of the globe over the last ten years. For me an indicator of the programme’s great success was the number of past residents who chose to return to Philadelphia to […] 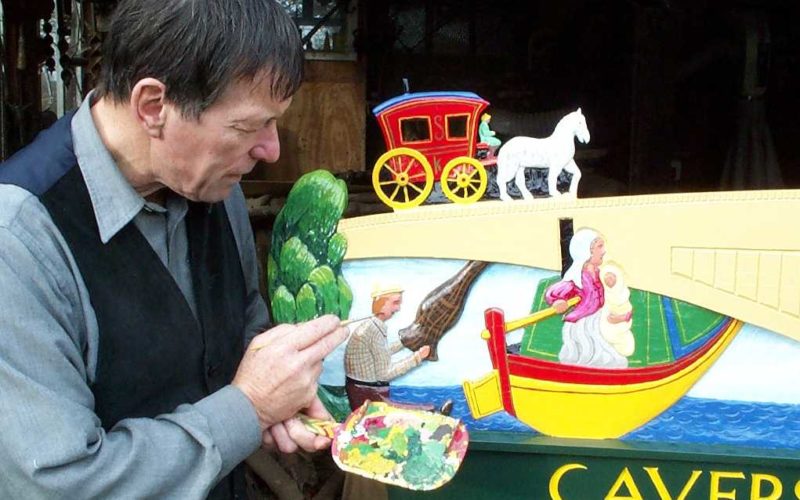 In some parts of England there is a tradition of carved wooden signs depicting the unique qualities of the area and often erected on the village green. Usually created by a local craftsman, they instill a sense of identity and pride, and are rivaled only by the English pub sign for originality. They are part […]

The most impressive gypsy flowers were created from wood, Elder being the Romanies’ preferred material. A short peg knife is the only tool required.

A simple sketch by the Italian genius Leonardo Da Vinci C.1480 gives us our first glimpse of what an early treadle wheel lathe might have looked like.

Woodturning has played more than a supporting role in the history of chair making. From the ancient Egyptians, who used the lathe for turning chair parts, to the latest computer-controlled copy lathes man has endeavored to decorate his furniture and solve the practical turning problems that arise. Some of the earliest evidence of turned work […]

The toy-making village of Seiffen in Germany is a must-visit for anyone interested in the history of woodturning and toy making. 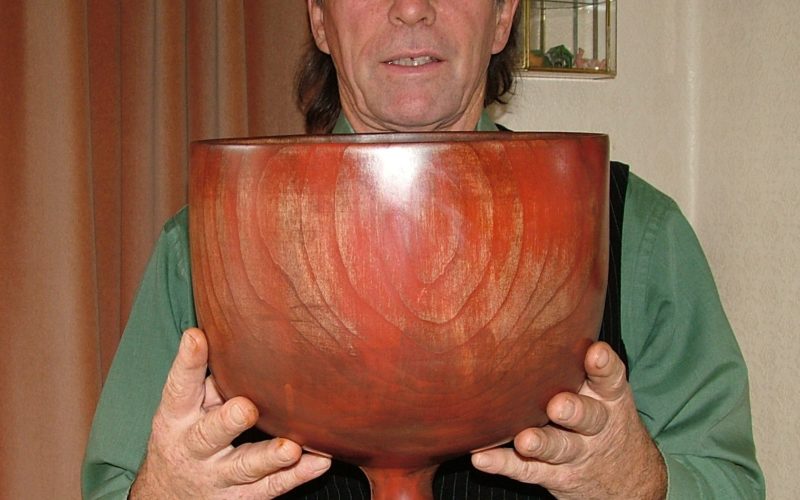 The height of wassailing could be said to have occurred during the 17th century, at a period when magnificent bowls elevated on a stemmed foot graced many a magnificent table. Wassail bowls were traditionally turned from Lignum Vitea, a newly discovered timber from South America. The function of a wassail bowl is to hold ‘wassail’, […]